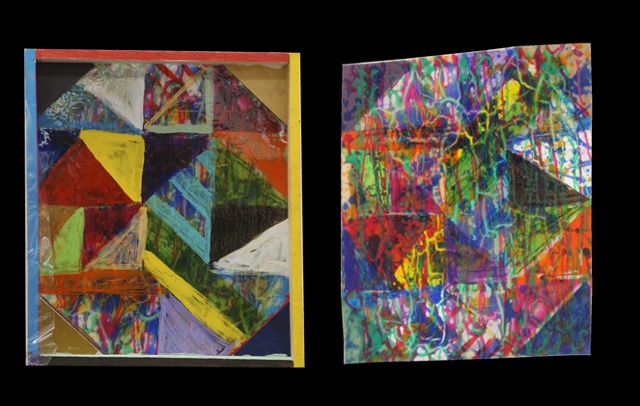 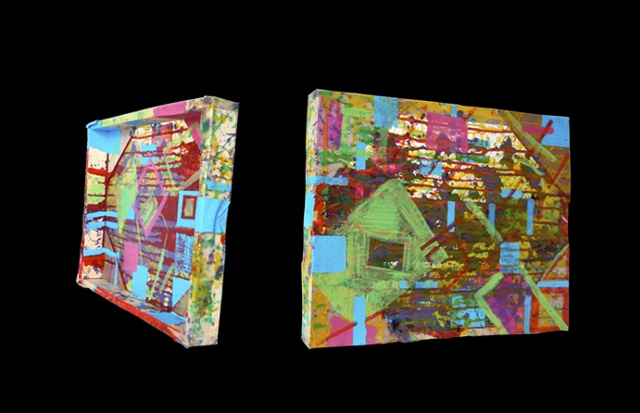 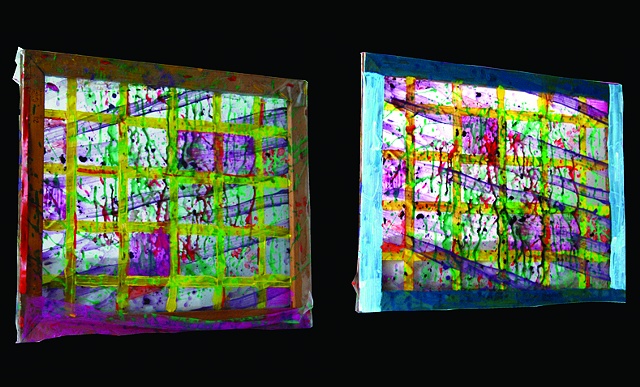 The origins of the New York City Windowscapes series was developed through this exploration of painting on vinyl as a vessel to dialogue about art historical themes. Nils Hasche-Vasquez's used a clear rectangular surface to refer to the presumed illusion of the picture frame as a window into illusionary space. Hasche-Vasquez then dripped and process-painted as somewhat of a homage to Jackson Pollock. However Hasche-Vasquez used both sides of the clear surface of his canvas to make the viewer aware not only of the surface of the painting but also to give them a sense of history of the object. Hasche-Vasquez also preferred using vinyl rather than plexi because it refers directly to the painterliness of cloth traditionally used on stretched canvases. This approach lends itself to be hung off of the wall and in 3 dimensional space almost like a sculpture but it like the internet exists in the 2 dimensional picture plain but can also be viewed from multiple angles like a three dimensional object. Some artists Hasche-Vasquez feels have influenced this body of work are Pollock, Rauschenberg, Hockney, Hopper, Hoffman, and Klee.